Skip to content
Ten percent of me is gone.
I mean that in a good way, I suppose. As of Monday of this week, my pre-surgical diet and exercise program has resulted in me dropping from a high of 302 pounds down to 272. My friends and family are all congratulating me. I should be elated. But I am not.
Because now I am having doubts about my upcoming surgery.
The real problem began about a month ago, when I was informed that there was a mysterious “holdup” in processing my claim through my insurance. My (federally required) psychological exam had never been approved by Blue Cross/Blue Shield. Upon calling the insurance company, the mystery deepened – my claim was “pending”, and had been since the middle of April. No one could tell me why. The insurance reps seemed completely baffled. “Call your doctor.” was their advice.
I called my doctor, who said he would get it straightened out. And then…nothing. For two weeks I have been waiting for an approval to move this whole process forward. and have heard not a word. Without the psych eval I can’t have surgery – and if it doesn’t take place by mid-June, the whole process will be delayed for who knows how long.
Upon talking about the problem to family and friends, I keep hearing a similar train of thought: I am doing great on the pre-surgical diet, so I could potentially stick with that even if the surgery never gets approved.
Did you catch that? It goes by pretty fast. The general thought is, if I am not approved for surgery due to an insurance snafu, I can just press on and lose the weight on the basis of the work I am already doing. Sounds very encouraging, until I ask myself: “If I can do this without surgery, why am I having the surgery?”
It is not as if I haven’t tried to lose this weight before. I’ve been obese for better than half my life, I have had the opportunity to try just about everything. I finally fell into weightlifting in my late 20s and early 30s because I could be obese and functional at the same time.  But, something has always come up that interferes with my success, Seizures. Boredom. Transportation problems. A couple of very bad food intake days leading to frustration after which I would give up. Believe me, I have been there and done that. I have turned to bariatric surgery hoping for a final solution, a weapon to use against my own food issues.
So, what happens if that weapon never materializes? Will I be able to commit to these changes without the physical modifications I was counting on?
If I can’t succeed without surgery, how it is going to impact me watching Lor go forward without me?
If I can succeed without surgery, why the hell am I am going under the knife in the first place?

The Wheels In My Head Go Round And Round, 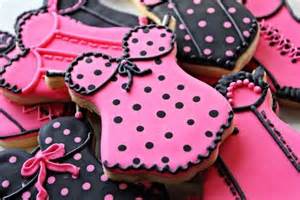 I had another one of “those” dreams last night. I looked around to see if anyone I knew was watching, then opened the door and hurried inside. I paid the girl at the front, trying not to look her in the eye, afraid of the pity or disgust I might see there. Taking a deep breath, I went around the corner…

…and grabbed a plate and joined the line at the Golden Corral buffet.

And then woke up, gasping, in a cold sweat.

Seriously, is anyone else having this problem? Because for sure no one else is talking about it. But I am seriously starting to fantasize about food. There’s the usual kind of stuff – drive by McDonald’s with Lor and talk about how much we miss french fries and all that. But I seem to be having some more serious issues. For instance;

Seriously, folks – this is addict behavior. I thought I ate too much because I was bored – my disability and impaired mobility left me with nothing to do, so I would eat. Right? Apparently wrong. All this time I have been blaming boredom and the fattening effects of my anti-seizure medications for my obesity, but apparently there was another factor: I seem to be a food junkie. Who knew?

Well, yes, ok – probably every significant person in my life knew this about me, but the important thing is that I didn’t know. I literally had no idea that addictive behavior was a part of the problem. And now, I begin to have some serious doubts about the Gastric Sleeve – is this going to be enough to overcome these impulses and urges? I know that the Sleeve procedure removes the majority of the stomach, the parts that produce Ghrelin – the hunger-causing hormone in our body. But is a lack of hunger from the stomach going to do anything to deal with this hunger that I know is coming from my mind?

It makes me wonder, what kind of person fantasizes about food? Am I the only one on the planet with this condition? Because it certainly isn’t anything I have heard of or read about before. Binge eating? Sure, that one is talked about on a daily basis. Fantasizing about binge eating? That’s a new one to me.

Staring Into The Fridge, Waiting For Chocolate To Appear,