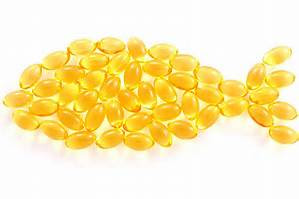 I finally made time to get my hair cut yesterday, something I do every 2 – 3 months and really should do every 4 weeks. At my local hair salon, my normal hairdresser was off for the day, so I got placed in the care of someone new – a friendly, chatty mother of four who wanted to know what the inkpot-and-quill tattoo on my forearm represented.
“Oh, I am a writer,” I said as modestly as possible.
“Really? What do you write about?” was her interested query.
“Health issues, mainly.”
And, with that, we were off to the races. She wanted to know about high-protein diets. (Yes, with appropriate nutritional supplementation.) About avoiding kidney and liver damage. (Drink more water, and try to cut out soft drinks.) About which was the truth: fish is good for you because of fish oil, or fish is bad for you because of mercury. (Both, really, but if you really want just the oil and not the taste of fish, just take a fish oil supplement.) I talked more during that half an hour than I probably had in the 8 hours preceding it. (Sorry, Lor!)
It was very interesting to discover how much confusing information is out there in the general public pertaining to dietary health. This intelligent woman, trying to look out for the health of her family, had so much conflicting data that her dietary planning was at a standstill. All of the hard-won experience Lor and I have earned in the past few months, involving radical surgery, major lifestyle changes, and thousands of dollars in medical bills should be available to normal people without having to suffer through the costs of morbid obesity, right? So, how do we go about getting this info into the hands of our friends and neighbors?
Talking about it seems to be a good starting point. Most people, when they hear about my surgery, want to focus on the procedure. But most people I talk to don’t need bariatric surgery. They could get positive results from making a few of the changes that Lor and I have made, without having to go through all of the “other” stuff that went along with our treatments for morbid obesity and diabetes. It is entirely possible that I need to begin shifting my focus when interacting with people on the subject. Like, “Yes, I had to have surgery, but you can have positive results by exercising, avoiding processed foods, and focusing on hydration.” It is an interesting focus shift that I hadn’t really considered previously.
As my haircut wrapped up, my hairdresser commented that, instead of being a writer, I really ought to be a nutritionist or dietitian. I laughed and thanked her, then mentioned that I had a dietitian, and that it was a very technical position requiring many years of education and training.
My hair artist looked me over, and said: “You? What do you need a dietitian for?”
If I Wasn’t Married, I Would’ve Kissed Her,
– Hawkwind