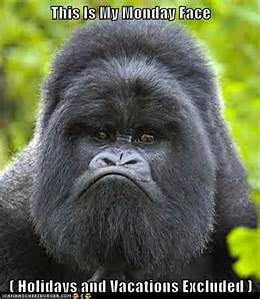 So. Monday. I never could get the hang of Mondays. Even the fact that I no longer get up and head into work has not released me from the malaise and disinterest that seem to go along with “Day After Football” day.
This particular Monday, though, has some very special soul-crushing components attached to it. For example:
1. The Time Change: I really, really, really hate this time change. There is nothing worse than waking up at what feels like 5 and discovering it is only 4 AM. Or, worse yet, falling asleep at my desk and discovering it is only 8:30 PM. Whoever decided this time change was a great idea should have all their body hair removed with duct tape.
2. The Elections: Oh, God, please make it stop. I’ve done my job, Lor and I went and exercised our democratic duty last week, now can this just be over? I have never been impressed with our political system, but this election season has made me feel like I am constantly covered in slime. No amount of bathing will remove this hideous residue.
3. Weight Loss: Or lack thereof. Despite the fact that I know that everything is moving along as planned, I feel as though everything has slowed to a crawl. I have been dropping no more than a pound a week for almost 2 months now. I had originally hoped to be around 200 pounds by the end of the year. Now, it is looking more like that number will arrive around my birthday. Which is next June.
Hopefully heading back up to the gym today will revitalize the system. Right this minute I am ready to go back to bed to try again tomorrow.
Never Thought I Would Look Forward To Election Day,
– Hawkwind